Pablo Fanque, born as William Darby, was the first black British circus proprietor. Apprenticed at an early age to William Batty, a well-known equestrian and circus proprietor, he was first trained as an acrobat and gymnast and then in horsemanship. He became a well-known equestrian and in the 1840s and 1850s had great success with his own circus before experiencing financial difficulties when competition from tented American circuses rose. This blog post focuses on Pablo Fanque’s early and later performances in Norwich and how he is commemorated in Norfolk today.

William Darby was born on 30 March 1810 in St Augustine’s workhouse in Norwich and was baptised in the Parish of St John’s Timber Hill, where his family lived during his early life. Around 1820 William Darby was apprenticed to William Batty and although it is unclear when he first became known as Pablo Fanque, by the end of 1833, a Pablo Fanque had started to build a reputation as a high performing gymnast in Batty’s Circus.

In the spring of 1840 William Batty’s Circus performed in Norwich and included Pablo Fanque in the entourage. An article in the Norfolk Chronicle on 21 March 1840 states:

‘Pablo Fanque Darby commenced the representations with his extraordinary leaps and other gymnastic feats’. 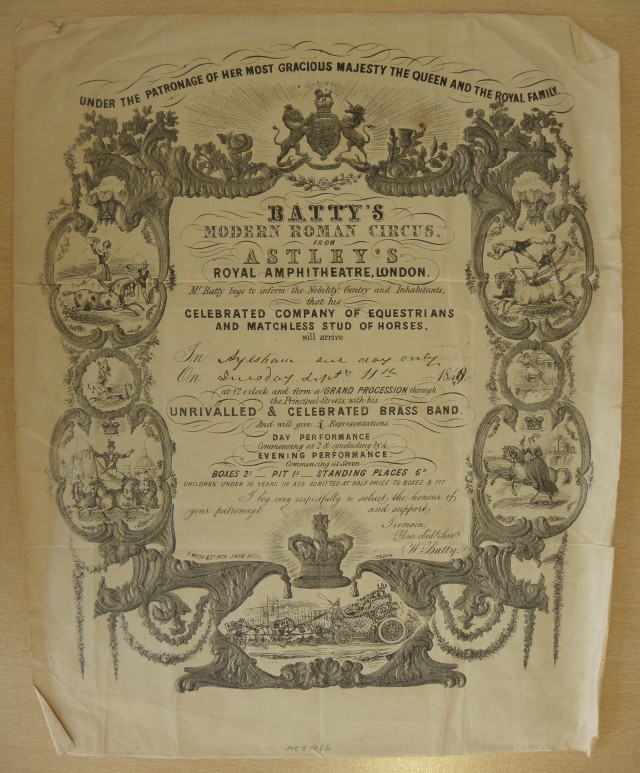 In 1841, Pablo decided to set up his own circus while on tour with Batty’s circus. He started with just two horses and an assortment of acts provided by one family: a clown, “Mr. R. Hemmings and his dog, Hector,” together with “Master H Hemmings on the tightrope and Mr. E. Hemmings’ feats of balancing.”

Fanque’s showmanship, and a reputation for treating his acts well, soon helped him to expand his troupe. By the middle of the 19th century Fanque’s circus had become established in the north of England and the troupe grew to include a stable of 30 horses; clowns; a ring master, Mr. Hulse; a band, and an architect, Mr. Arnold, who erected the wooden “amphitheatres” in which they generally performed.

Throughout the 1840s Pablo’s circus performed primarily in Yorkshire and Lancaster with occasional trips back to Norwich. However, in 1848, Pablo returned to Norwich for a more sustained period, with his ‘Circus Royal’ performing in Victoria Gardens for the winter season. Pablo performed with William Batty’s Black Mare, Beda and newspaper reports of the time heavily emphasised his return to his native city:

CIRCUS, VICTORIA GARDENS. –On Saturday, the 23rd inst,. Mr Wm. Darby, professionally called Pablo Fanque, a native of Norwich, entered this city with a fine stud of horses, preceded by an excellent brass band. We hear that the performances during the week have been well attended, large numbers having gone away unable to obtain admission.
The Norfolk News, Eastern Counties Journal, and Norwich, Yarmouth and Lynn Commercial Gazette. Saturday 30 December 1848.

One of the reasons for the success of Pablo Fanque’s circus was that he understood the importance of advertising and in addition to pasting advertising bills across buildings, Pablo would organise parades through the town to promote his upcoming shows. Pablo himself, also drew heavily on his birth in Norwich in order to draw the crowds to his performances in Norwich. On Saturday 30 December 1848, the Norwich Mercury published the following article:

The Christmas pleasure seekers have been gratified by the appearance in Norwich of Mr. Wm. Darby’s stud of horses and equestrian company. Their location is at the Victoria Gardens, where they arrived on Saturday. Mr. Darby’s professional pantomimic is “Pablo Fanque,” but being a native of this city he has withdrawn the veil from his travelling title, and introduced himself in propria persona in terms that reach the poetic! He states that “it is with those pleasing emotions that dwell in the breast of every Englishman which, when returning to his Native City, (after years of absence) he must delight to indulge, that have induced me to issue this circular and offer these prefatory remarks. No man can appreciate the blessings of home like him who has long been absent. To grasp once more the hands of the playmates of his boyhood: to hear once more the music of the rippling brook upon whose banks he has played in childhood’s innocence: to look once more with solemn reverence upon that hallowed ground where repose the remains of his parents. It is with these impressions indelibly enraven upon my mind that I am brought back to my native city, and to solicit your and my other fellow-citizens kind support, and the amusements I have selected I hope will meet with the same approval that has rewarded my perseverance and study in other parts of the country!” Hitherto, we believe, Mr. Darby and his troupe have given the usual satisfaction which such amusements affords, and as a native of the city, if deserving, we wish him success.

Reviews of the circus performances throughout January and February 1849 praise their high character, with Pablo Fanque and his troupe continuing to draw good audiences. There is mention to the graceful and daring equestrians, the elegant rope dancing of Mrs Mackintosh, the flexibility and agile movement of The American Brothers and excellent humour of the clowns. Pablo Fanque jun. also performed as an equestrian but is it Pablo Fanque and the ease and skill with which he rode the mare Beda in bold and daring performances which drew the greatest praise.

A change in fate: the rise and fall of Pablo Fanque’s circus

By 1850 Pablo Fanque had decided to expand his circus and was given investment by William Batty and the Norwich brewer, Richard Bullard. The investment allowed Pablo to grow the size of his circus and he expanded his tour to Ireland and Scotland.

However, it was during this period that the structure of the circus began to change with British circuses facing strong competition from American circuses who performed in tents. Constructing a wooden building or hiring city and town amphitheatres was an expensive process and the American circuses were able to save money by performing in a marque. They were also able to reach a wider audience by performing in smaller rural towns and communities throughout the year without the need to be tied to when annual fairs were performing.

By 1854, less than five years after the expansion of his circus, Pablo Fanque faced severe financial difficulties and in 1858/1859 was declared bankrupt. In 1860, he re-established his business under the name of Phoenix Circus which for the next decade mainly tented in the smaller industrial towns of Lancaster. In December 1870, Fanque’s Phoenix Circus performed for the final time in Nottingham.

On 5th May 1871, Pablo Fanque died at the Britannia Inn, Stockport. His funeral was a spectacular occasion and took place in Leeds with a vast crowd lining the route of his funeral procession. He was buried alongside his first wife Susannah.

In 2018, Pablo Fanque’s circus achievements were once more highlighted in his birth city when Norwich paired with Great Yarmouth became one of the the UK’s six cities of circus as part of the Circus250 commemorations. In the same year, The UEA named their new student accommodation on All Saint’s Green Pablo Fanque House, further highlighting the circus proprietor’s connection to this area of Norwich.

The blue plaque commemorating Pablo Fanque, placed on the side of John Lewis on All Saint’s Green, Norwich in 2010. 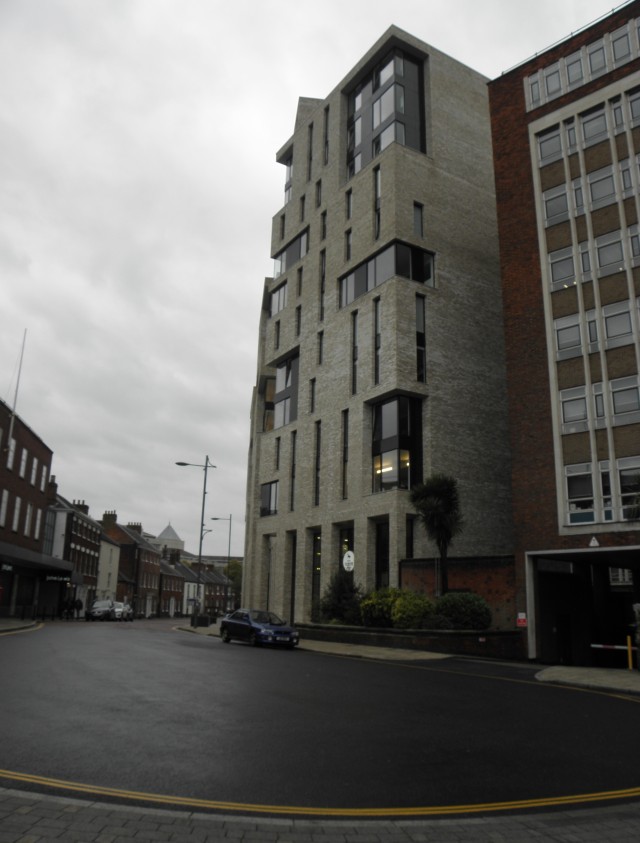 Researched and compiled by Lizzie Figura-Drane.