In early July we were joined by the members of Norwich Primary Academy History club as part of their special project looking at the history of Norwich Road Workhouse. The pupils had been researching the Haze family who were in the workhouse from 1877. The family included Rebecca Haze and her children Philip, Elizabeth, Robert, John and Rosanna.

Extract from the Admission and Discharge Register of Norwich Road Workhouse. NRO, N/GP 2/5

The highlights of the trip to the Record Office were the tour of the building and the chance to see original documents containing the names of the Haze family themselves.

On the tour the pupils visited the Strongroom, to see where the documents are kept. They learnt why we keep the documents in cold conditions and had fun trying their hand at moving the mobile shelving units. They even got to spot our largest map on our map tree (over 4 metres in length!). After leaving the strongroom we headed for the box making room. Our technician Dylan explained how he programmes the measurements of each document into the computer, which then tells the machine which size box to make. This means that each document fits in the box perfectly. The pupils got a noisy demonstration of the machine in action. 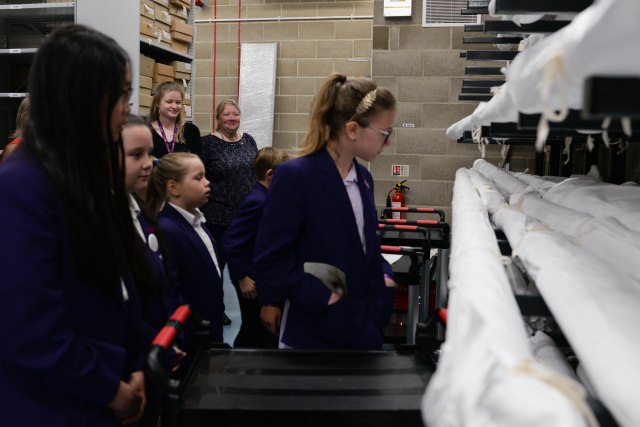 Looking at the maps in the Strongroom 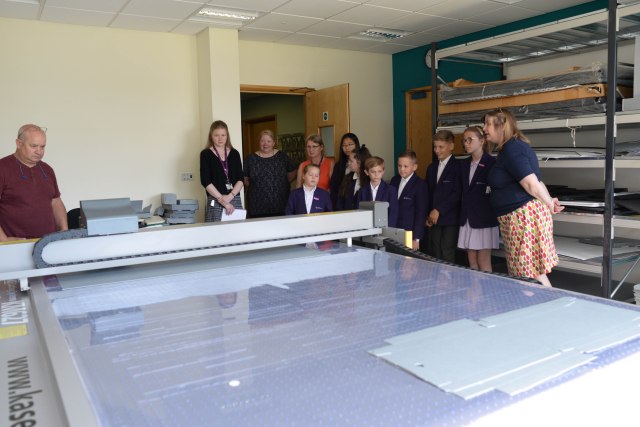 For the last part of the session the pupils studied a range of archives relating to the workhouse. These documents included plans from the early 1900s showing how the building was being extended and punishment books, showing how poor behaviour was dealt with within the workhouse. They also looked at admission and discharge registers enabling them to see when people first entered the workhouse, how long they were there and how frequently they returned. One of the documents on display incorporated two embossing dies: one with a raised image and one with a recessed image. The pupils learnt that the the manager of the workhouse used these to create a mark of authenticity on official paperwork. The dies would have been attached to a machine so that when paper was pressed between them, the raised die forced the paper into the recessed die, creating the impression. The pupils had a go at using a hand operated embossing tool machine to create an impression on their own piece of paper.

During this part of the session pupils had a go at using a microfilm reader to search through six admission and discharge registers, dating from 1867 to 1885. The pupils found this a challenging way to look at documents but were interested in how this technology was, and still is, used as a way of preserving the documents. They discovered that digital images aren’t always the best solution for copying documents, as people need to still be able to open the technology even when it is outdated. For example, not many people these days still have a floppy disk drive. 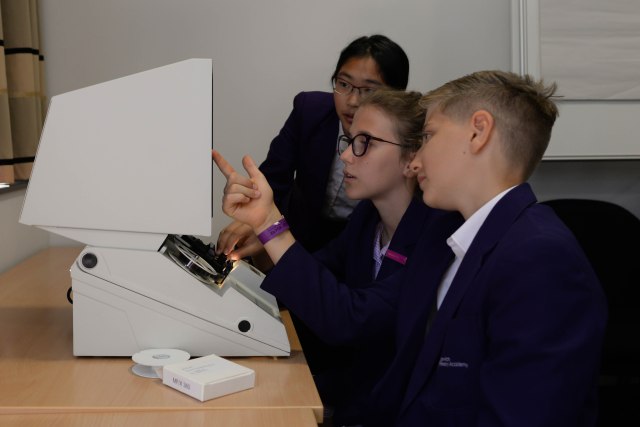 However, the most exciting discovery was made on the register of births, which gave details of all the children born in the workhouse. Whilst looking at this document we noticed that Rebecca had another child, born in 1879, who didn’t appear on the census and therefore not discovered by the pupils during their previous research. 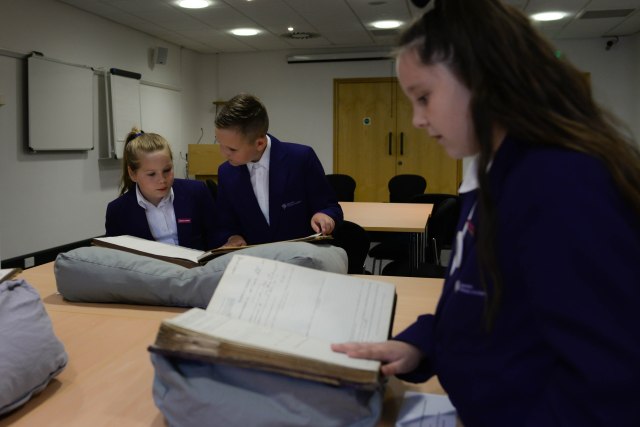 Carrying out research into the original documents

The pupils returned to school to complete their research online and have created their very own website. After the session the teacher organising the project stated ‘Thank you so much for today’s workshop! Truly one of the best trips I’ve taken the children on. They were so engaged!’

If you would like to know more about the project in general, their findings, and their thoughts on the trip to the Record Office, please see https://sites.google.com/inspirationtrust.org/npahistoryclub/the-haze-family

This entry was posted in Behind the Scenes, Schools, Snapshots from the Archive, Young People and tagged family history, microfilm, norwich, tours, workhouse. Bookmark the permalink.