The small village of Thursford in Norfolk is well known for two things. Its steam museum contains a vast collection of traction engines and elaborate carnival organs, as well as two currently operating theme park attractions. One of these is the world’s only working gondola merry go round, designed by Frederick Savage who was known for popularising the carousel. A second thing Thursford is known to be famous for, is its Christmas Spectacular shows. These take place around the holiday season and attract visitors from across the country, many of whom have travelled from afar via coach. The show plays host to a variety of talented performers including musicians, singers and dancers, all dressed in a wide array of bright and colourful costumes that require hundreds of metres of cloth. The Christmas Spectacular adopts the aesthetic of a Victorian Christmas village, reminiscent to something straight out of a Dickens novel. 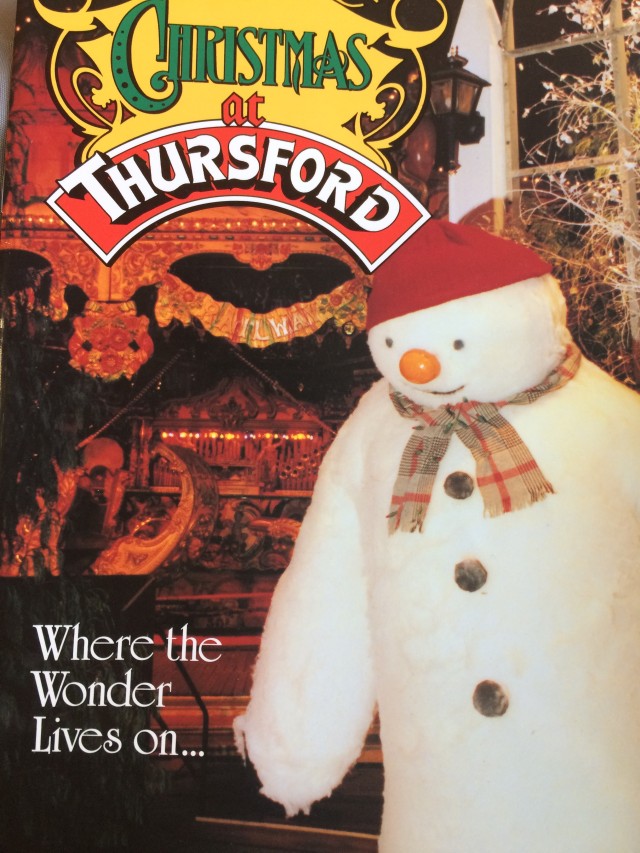 The Thursford Christmas Spectacular was founded in the late 1970s by John Cushing, the son of steam engine pioneer George Cushing who had been instrumental in putting Thursford on the map. In the late 1970s, 600 attendees gathered for a carol concert and numbers for what is now known as the Christmas Spectacular have increased ever since. Both John and George had been enchanted by the idea of a fair being held in the village, especially George who had grown up when Thursford was still a remote place and the only music to be heard came from the local church. For most villagers the only method of travel was by walking, or in rare cases cycling, and the bustling city of Norwich was generally inaccessible at the time.

Ten-year-old George Cushing experienced his first fair in the nearby town of Walsingham, where he was impressed by the colour and grandeur. Later, as a young man, he would build roads in the Walsingham area and ended up buying the steam roller he had operated with his earnings. While he disliked this ‘mundane’ job, it was where his interest in steam powered engines sparked. In 1940, George gained the property rights to Laurel Farm, the future site of Thursford Steam Engine Museum. At this point steam power was largely on the decline in favour of diesel and George lamented that it was as though ‘the crown jewels were being sold for scrap’. With this knowledge, he began to obtain steam tractors, rollers and ploughing engines as well as showmen’s locomotives which he kept in his shed. This large collection was described as ‘a scrapyard assembled by an eccentric’ but it soon attracted the attention of the locals and officially became a museum in 1977.

Thursford’s Christmas Spectacular is now the largest Christmas show in the U.K. and takes months to prepare, with first preparations beginning in the Spring. Even when the event is over for the year, and before the decorations are taken down, bookings begin for the next show. Because of this, John Cushing remarked in 2006, ‘It’s always Christmas at Thursford’ and he continues to go by his late father’s words, ‘Make the show the biggest and the best’. With advances in technology and expectations to impress increasing by the year, this advice still very much applies today to those operating behind the scenes.

Alongside Norwich, the little village of Thursford is arguably one of the busiest places in Norfolk around the Christmas season. Rather than gathering for the purpose of last-minute shopping however, people come to this small settlement from near and far to celebrate a yearly tradition of holly jolly festivities and to capture the nostalgia of childhood. By walking through the makeshift old-fashioned winter village, visitors of the Christmas Spectacular can embrace the feeling of nostalgia, almost forgetting the chilling winter weather around them as they are filled with warmth and delight. Even the visitors whose travel home was cut off by a blizzard in 1981 may remember John’s Christmas spirit and hospitality as he provided mince pies and sausage rolls the following morning!