The Accounts of the Chamberlains of Norwich, 1539-45

Accounts are an important source of evidence for students of late medieval and early modern history. The requirement that officials should produce minutely detailed lists of all the individual sums that they received and all the money that they paid out sprang from a desire to avoid fraud. As a result, these documents contain a treasure trove of information that is often unavailable elsewhere. How else would we know that in 1542 torrential rain led to such serious flooding in Norwich that the streets and drains were badly damaged, and piles of debris had to be removed from the marketplace? The accounts kept by the sixteenth-century chamberlains illuminate many other aspects of life in England’s second city, from the treatment of homeless beggars to the lavish gifts presented to local dignitaries. Those for the years 1539 to 1545, which have just been published by the Norfolk Record Society, cover an unusually challenging period in the city’s history, when the ruling elite struggled with the problems posed by religious change, economic recession, widespread poverty, food shortages and disease.

As Norwich’s chief financial officers, with responsibility for providing poor relief and maintaining the urban fabric (including streets, public spaces, the river and all communally owned property), the chamberlains bore the brunt of this onslaught. Henry VIII’s demands for men and money to fight his ruinously expensive foreign wars put a further strain on the budget. In 1542, 1544 and 1545 the chamberlains had to select, equip and transport the residents who fought as archers and pike-men in the royal army, resplendent in their red and blue uniforms. Costs rose even higher on the last occasion, when Henry also ordered the city to commission six cannons from the London gun-founders who had armed his favourite warship, The Mary Rose.

Tudor Norwich was a city of extremes, in which wealth was concentrated in relatively few hands. As these accounts reveal, however, members of the ruling elite were expected to give generously, in both time and money, for the benefit of the entire community. Commitment to ‘the common wealth’ led many individuals to donate property that could be used to provide the chamberlains with a steady rental income, while those who could afford to do so had to contribute to major projects designed to improve the urban environment. By far the most ambitious and costly was the purchase of the massive Dominican friary in the city centre and its conversion into a public amenity with a banqueting hall, chapel, free school and granary where wheat could be stored for distribution in food shortages. Still in constant use today, ‘the Halls’ as they are now known, testify to the foresight of Norwich’s city planners, who also acquired the Great Hospital from the crown at this time. 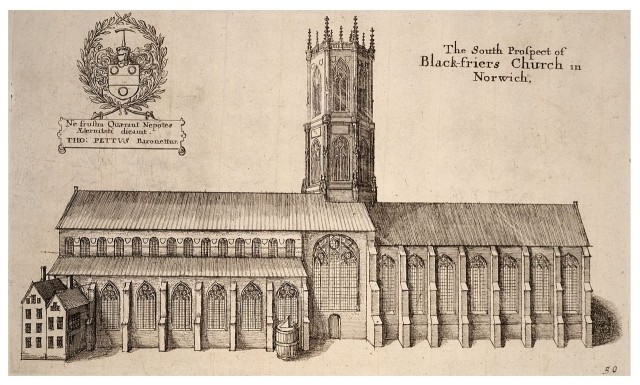 Carefully managed by Robert Raynbald, the ablest and longest-serving chamberlain of the period, the wholesale refurbishment of the friary took over five years and proved a major exercise in logistics. Despite his obsessive eye for detail, things inevitably went wrong. At Christmas 1541 the roof of the old monastic dormitory collapsed suddenly because of over enthusiastic demolition work; and on the morning of the great St George’s Day feast two years later a cook managed to burst one of the newly-laid water pipes that supplied the kitchens. There were also problems with the organs installed in the chapel, which ‘did stick and whistle’ until the arrival of an expert from Ipswich.

The labourers and craftspeople employed by the chamberlains had to work long hours for daily wages that would be worth between 2 pence and 5 pence in today’s money. In an age before health and safety legislation, dangerous and insanitary working conditions were common, along with industrial accidents. In 1545, for instance, the carpenters who repaired the public pillory risked their necks in ‘pain and jeopardy’ when making the structure secure for the unfortunates who would be on show there. Lesser officials could also find life difficult. The sailors who had transported Norwich soldiers to Yarmouth on their way to fight the Scots in 1542 threatened to throw Raynbald’s assistant overboard on the return journey, forcing him to limp home. Perhaps he had been as demanding as his boss!

A look at the documents

Norwich’s financial officers kept accounts from the 1290s, if not earlier, initially on parchment rolls and then also in paper books (Norfolk Record Office, NCR 7). In 1524 it was decided to streamline the system by abandoning the rolls, although the chamberlains continued to use the same layout, grouping entries together in long paragraphs which were sometimes messy and hard to decipher.

Once work began on Blackfriars and the accounts mushroomed in size, it soon became apparent that a more concise and user-friendly format would be needed. Robert Raynbald duly introduced a new layout in which each item of income and expenditure was clearly identified, and marginal headings served as signposts to the reader. He may, indeed, have written the volume for 1541-50 himself, as it exactly covers his period in office and is signed by him in the same neat hand at the end. 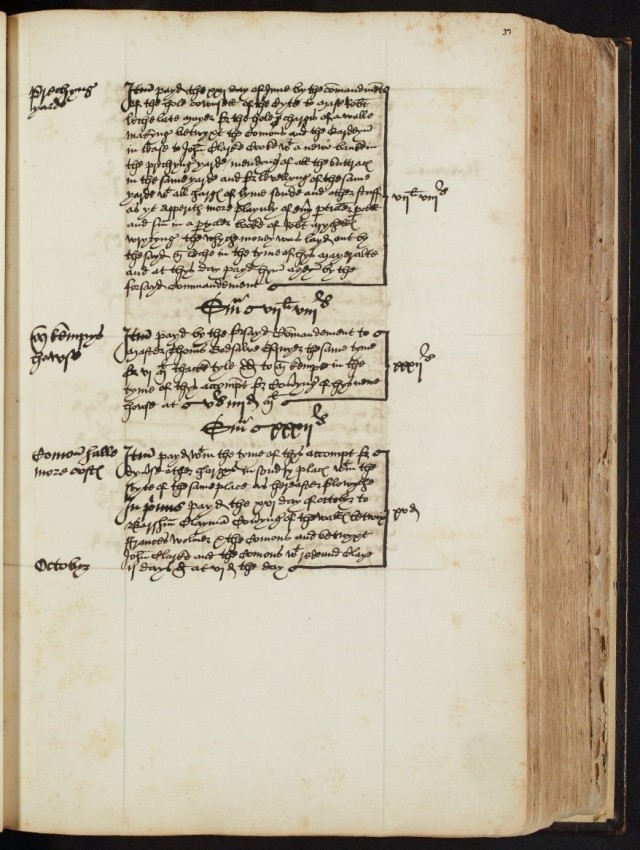 Another of his innovations was to compile a detailed inventory of civic property, including archives, when he retired in 1550. It is presented as an appendix in the Norfolk Record Society’s edition, along with extracts from his account for 1549, the year of Kett’s Rebellion, when he narrowly missed being frogmarched to Mousehold Heath and put on trial for helping to defend the city from attack.

Join the Norfolk Record Society before the end of December 2019 and receive a free copy of The Norwich Chamberlain’s Accounts 1539-40 to 1544-45, edited by Carole Rawcliffe. Membership is £12 per year.

For information about joining the society please visit www.norfolkrecordsociety.org.uk