Tales of the Great and the Not So Good

Marriage licences were often favoured by families of high social class since they allowed the couple privacy, ability to choose their parish of marriage and were faster to arrange than banns.  The marriage licence could also be a status symbol in itself, showing that the couple could afford to purchase it and although the cost of a licence was not exceptionally high, many people could not afford one.  As a result, the names of several prominent Norfolk families are included in the bonds.

One bond relates to the marriage of Philip Meadows Martineau (1872-1829) to Ann Dorothy Clarke in 1811.  The Martineau family were of Huguenot descent and Philip Meadows was a prominent member of the local French community.  He was a distinguished surgeon specialising in lithotomy, the surgical method for removing kidney, bladder and gallbladder stones which were common medical complaints in Norfolk.  Martineau was a surgeon at the Norfolk and Norwich Hospital and also served as a hospital governor. 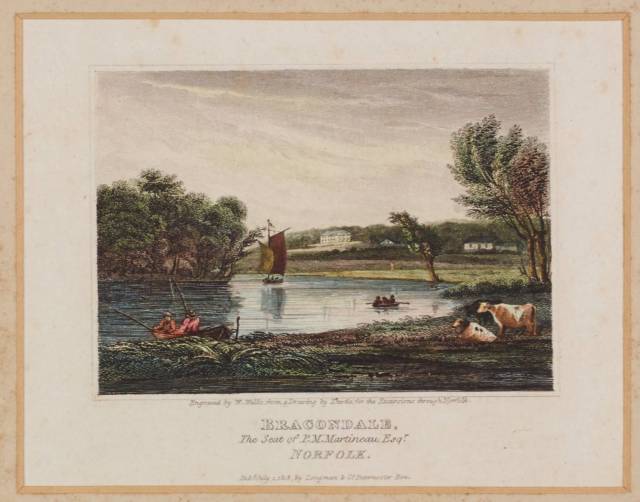 The Martineau family were Unitarians and Philip Meadows Martineau attended the Octagon Chapel in Norwich.  Following Hardwicke’s Marriage Act, 1753 (which attempted to curb secret and irregular marriages) Nonconformists had to marry in an Anglican church.  There were exemptions for Jews and Quakers but Catholics and other protestant Nonconformists, including Unitarians, were not exempt until later.  Sadly, the marriage licence bond does not tell us which church Philip and Ann Dorothy married in, which is quite common.

Martineau owned a large estate at Bracondale (the Norfolk Record Office and County Hall now occupy part of the site) and this marriage licence bond is dated around the time that he also purchased the adjacent property of Carrow Abbey.

Another bond relates to the marriage of Ann Margaret Coke of Holkham, aged 15 years, to Thomas Anson in 1794.  Ann Margaret, born at Holkham Hall, became a painter and may have been taught by Thomas Gainsborough in Norfolk and London.  Her husband, Thomas Anson, was a wealthy politician and heir to the Shugborough estate in Staffordshire.  Since Ann Margaret was only fifteen at the time of her wedding, her father Thomas William Coke, the first Earl of Leicester, made a sworn oath of consent to her marriage which is noted on the marriage licence bond. 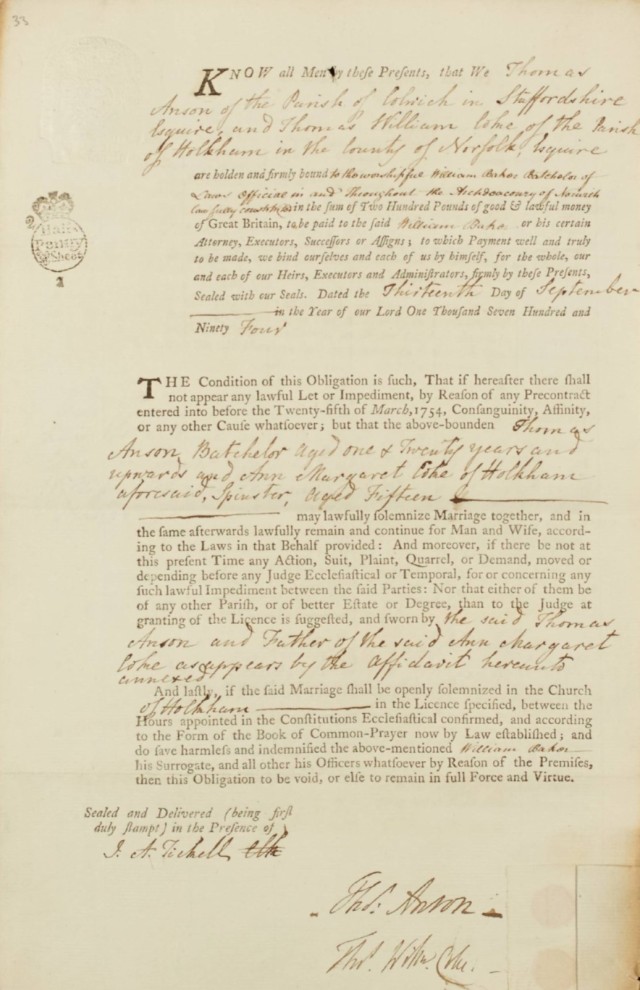 A.M.W. Stirling recounts in his two volume work, Coke of Norfolk and his Friends, that Ann looked very young at her wedding:

‘At the wedding breakfast she looked such a child that Dean Anson said mischievously to her: “Ann, if you will run round the table, I will give you a sovereign!”  Scarcely had the words left his lips, then away went the delighted bride and, racing round the table, triumphantly claimed her reward.’

Stirling also notes that Thomas Anson, concerned about his wife’s young age, insisted that Ann sat at cards with the dowagers when attending dances which unfortunately gave her a taste for gambling!

Marriage licence bonds were not the preserve of the gentry and even those of more modest social status such as tenant farmers, trades people and military occupations are well represented in them.  This particularly became the case as the cost of marriage licences fell relative to wages.  For some couples they may even have been an aspirational choice to emulate the higher social classes and add some sparkle to their wedding day!

Obtaining a marriage licence bond was no guarantee of social standing and character. One bond relates to the marriage of James Blomfield Rush (who later became the notorious Stanfield Hall murderer) to Susannah Soames (named in the bond as Susan Soame) in May 1828.  Rush, a tenant farmer who had got himself into debt, murdered estate owner Isaac Jermy and his son at Stanfield Hall on 28 November 1848.  After a dramatic legal trial, Rush was hanged at Norwich Castle on 21 April 1849.  A crowd of over 12,000 people gathered to witness the event and the Eastern County Railway Company even ran a special train from London to Norwich for the execution. 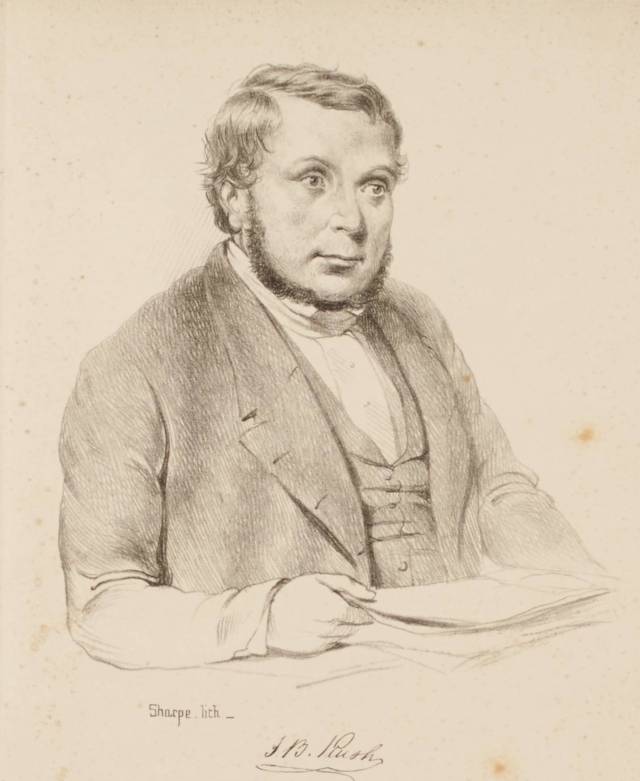 Rush was no stranger to trouble. In 1835, despite being married to Susannah Soames, a woman, named either Dank or Dack, brought an action against him for breach of promise of marriage.  She claimed that she had been forced into the workhouse after Rush made her pregnant.  When the case came to court at the Norfolk Assizes in the summer of 1839, the court convicted Rush and ordered him to pay costs of over £26.

Look out for more tales from marriage licence bonds in our future blog posts.