Adding to our collection

In July we told you about two recent donations documenting the archive of the Plantation Garden Preservation Trust and some beautifully illustrated seed packets forming part of a series of records from Taylors of King’s Lynn. To see this post click here.

Our records have been continuously growing since then with 87 records donated from April of this year. In the past 5 months donations have included records documenting the history of the ambulance service in Norwich from 1937-2015 and brass rubbings from various Norfolk churches taken in 1970.

This post documents three donations recieved in the past 6 months: an album showing the history of Red House Farm School and two records connected by Edith Cavell.

Founded by John Wright of Dudwick in 1852, Red House Farm School was a training school for youthful offenders from the Norfolk County Goal. A trustee of the Great Hospital for elderly people, Wright was an active man in Norwich and by 1850 already had young offenders working on his many farms. He agreed with the County Goal to take responsibility for the young offenders and train them in farm work, working with his nephew and heir Philip Sewell to plan and develop the school. Philip, a Civil Engineer of international repute, went on to manage the Red House from 1871 until his death in 1906.

John Wright and Philip Sewell directed the school and found jobs for the leavers for over fifty years. The records donated to the Norfolk Record Office (MC 3167/2 106×6) document the early history of the school through a photograph album which provides an interesting insight into the skills the boys learned and the training they received.

“The general idea was that education with games and hobbies could provide the lads with alternatives to delinquency…..Hobbies, model making and art were an important part of the programme”

At the Red House most of the boys were learning farming but a few were trained by school staff to become bakers, tailors and shoemakers. The boys were also taught to read and write, a useful skill at a time when only a proportion of children in Norfolk attended school.

As well as recording the agricultural tasks the boys were engaged in, such as cutting lettuces, harvesting corn and barley and haymaking, the album documents some of the many staff employed by the school. Clothes were made by the school tailor while a shoemaker, baker, cook and farmer also worked on site. 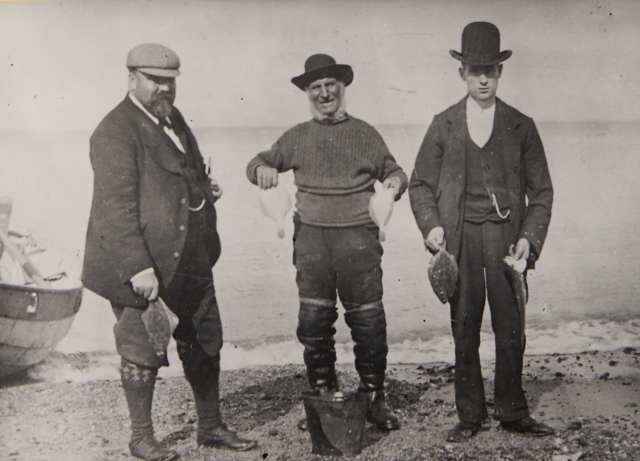 Other activities the boys were involved in included dance, art, the army cadet force and band and canoeing (6-day camps were held to teach safety and helmsmanship with sailing and canoeing on The Broads). In addition to this there was an annual daily outing to the sea. For more information about Red House Farm School see Derick Mellor’s ‘A history of the Red House Farm School’.

Coincidently in the last 3 months we have received two records concerning Edith Cavell. A sketch of Cavell’s grave outside Norwich Cathedral drawn by Edith Mieres Percival in May 1922 (MC 3172) and an invite to a memorial service held for Edith Cavell at Westminster Abbey on 15 May 1919 (MC 3188, 1060X6).

Documenting the years 1921-1932 Edith Percival’s sketchbooks contain delicate line drawings of the interior and exterior of Norwich Cathedral as well as mills, cottages and landscapes in Norfolk. Sketches from trips to Gloucestershire and Exeter also feature.

If you think you may have something that you’d like to donate to the Norfolk Record Office, have a look at our Adding to Our Collection webpage.

This entry was posted in Snapshots from the Archive and tagged Adding to our collection, donations, Edith Cavell, illustration, Norwich landmarks, Red House Farm School. Bookmark the permalink.